Officers of the City and its boards and commissions (including EDC) must file a “conflicts disclosure statement” (FORM CIS) with the local government records administrator within seven days of becoming aware of:

A family member is defined a s a person related to another person within the first degree by consanguinity (blood) or affinity (marriage) which includes a spouse, father, mother, son, daughter, father-in-law, mother-in-law, etc.

The Conflicts Disclosure Statement (Form CIS) has been created by the Texas Ethics Commission. Failure to disclose information is Class C misdemeanor punishable by a fine not to exceed $500. A defense if the official files the required statement within seven days after receipt of notice of the violation. 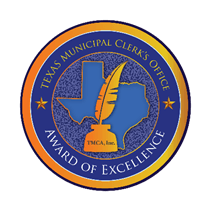