On February 8, 1956 a group of military firefighters that lived in this small south Texas town that we call Schertz began conversations about starting a volunteer fire department. After talking to more well-known members of the community they all agreed to have a meeting to discuss next steps. Some of the community members to attend that meeting, who later became the founding fathers of the fire service in Schertz, were Julius Bideger, Allen Biegert, William Schulz, Odo Riedel, Clarence Shelton, Walter Schertz, George Bolton, Aaron Beck, Ben Whitt, Howard Schneider, and J.C Staples.

After four or five meetings they elected a board of directors and appointed Archie Woodward as Chief. These positions were all voted in and the men believed that Archie was the ideal person for the position of Chief as he was a firefighter at Randolph Field. With Archie in place as the Chief he started the ball rolling on the volunteer fire department in Schertz.

On June 19, 1956 the board of directors voted to purchase a 1956 Ford F-600 truck from Bock Motor Company for $2100.00 and to send it to Sims fire trucks out of San Antonio to prepare it. The truck was built and paid for from funds raised by the Volunteer Fire Department and the Ladies auxiliary. The cost to have the new truck converted to a fire truck as about $8500.00. The Schertz Volunteer Fire Dept took delivery of the new truck on February 3, 1958 at a total cost of $10,722.29 for the truck and equipment. The truck was then housed in the side door of Schertz Garage on First street and FM 78.

The 1956 fire truck has responded to some memorable fires over it's life, like the fire at Vols Toy in 1971 at the intersection of IH 35 and O’Connor rd. This fire resulted in the company giving the fire department a building for the new station that was later built at 604 Schertz Parkway. It also assisted at the Garden Ridge Pottery fire on IH 35 in 1983. The truck has responded to many calls for service in the metro-com and was in service from 1958-1995 when it became the official parade truck.

Between 1995-2017 the iconic fire engine carried City Councilmembers and their families throughout many 4th of July and holiday parades. Unfortunately, due to the age of the truck and the expense associated with repairs and maintenance the fire truck has not participated in any parades the past couple of years. If you would like to see this iconic piece of Schertz history make its way down Main Street yet again, please click below to help contribute to the necessary repairs. 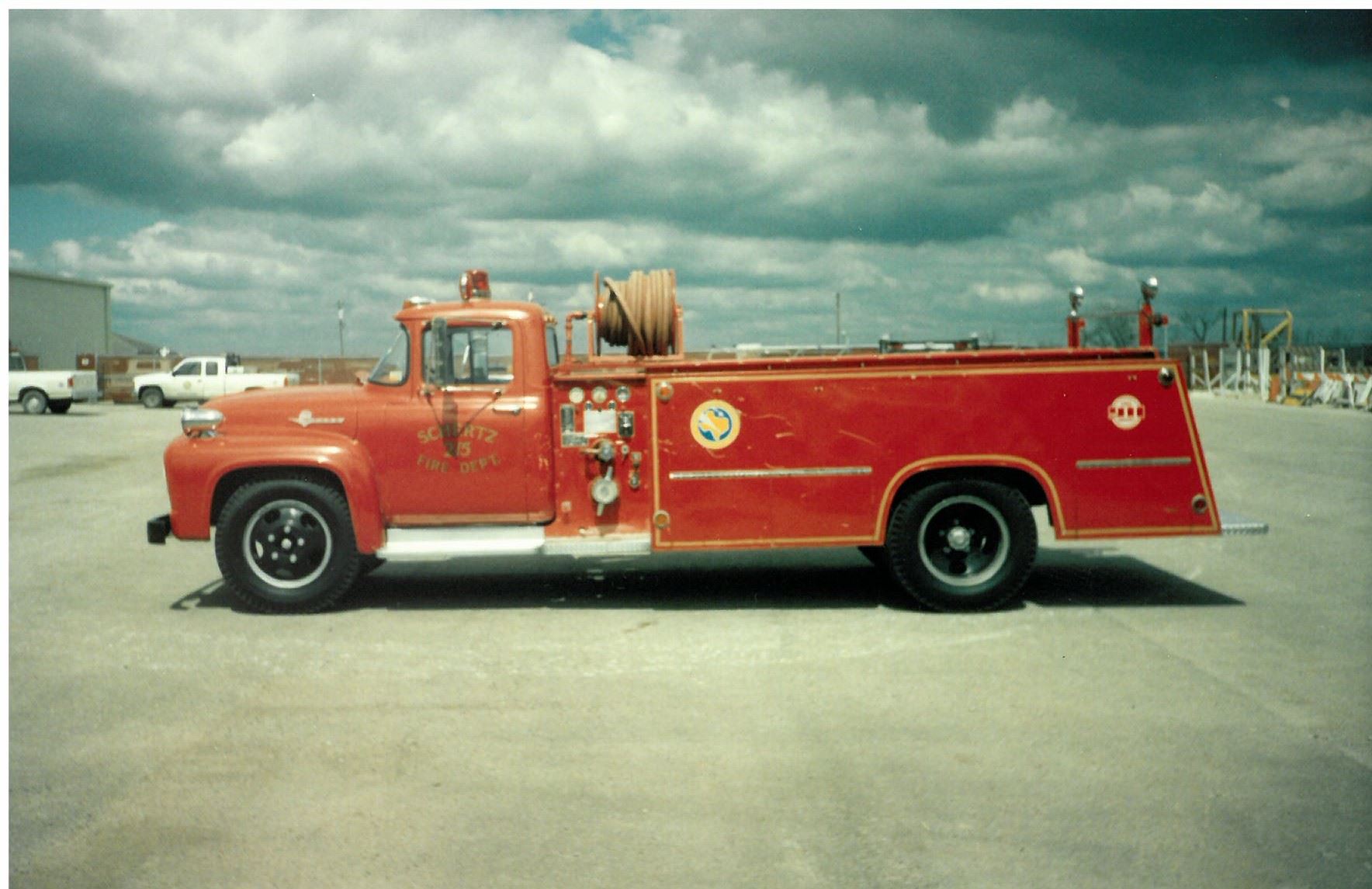