The Civilian Response to Active Shooter Events (C.R.A.S.E.) course, designed and built on the Avoid, Deny, Defend (ADD) strategy developed by ALERRT in 2004, provides strategies, guidance, and a proven plan for surviving an active shooter event. In the past two decades, horrific mass shootings have been thrust into public consciousness.  Civilians who find themselves embroiled in such an event must be prepared to take immediate action to save their own lives before law enforcement arrives.  The average response time for police response to an active attack event is three minutes.  Without effective, preplanned response options for civilians at the scene of the attack, many victims can be seriously injured or killed during these three minutes.

The Stop the Bleed course prepares you to respond to emergencies where there is a high suspicion of massive bleeding from an injury. Massive uncontrolled bleeding from any cause can result in death in 5 to 10 minutes. However, anyone at the scene can act as an immediate responder and save lives if they know what to do to stop life-threatening bleeding.  The techniques taught in the class can be utilized during a car crash, recreational accident, everyday emergencies, and acts of violence. The class will go over proper bleeding control techniques, including how to use your hands, dressings, and tourniquets to control life-threatening bleeding.

These classes are taught in conjunction with each other 6 times a year. This three-hour combo is taught by Schertz EMS and Schertz Police departments at no charge from 9:00 AM to 12:00 PM. All classes are held at the Schertz EMS Training Room, Building 7.

Register now for one of the upcoming C.R.A.S.E./Stop The Bleed courses! 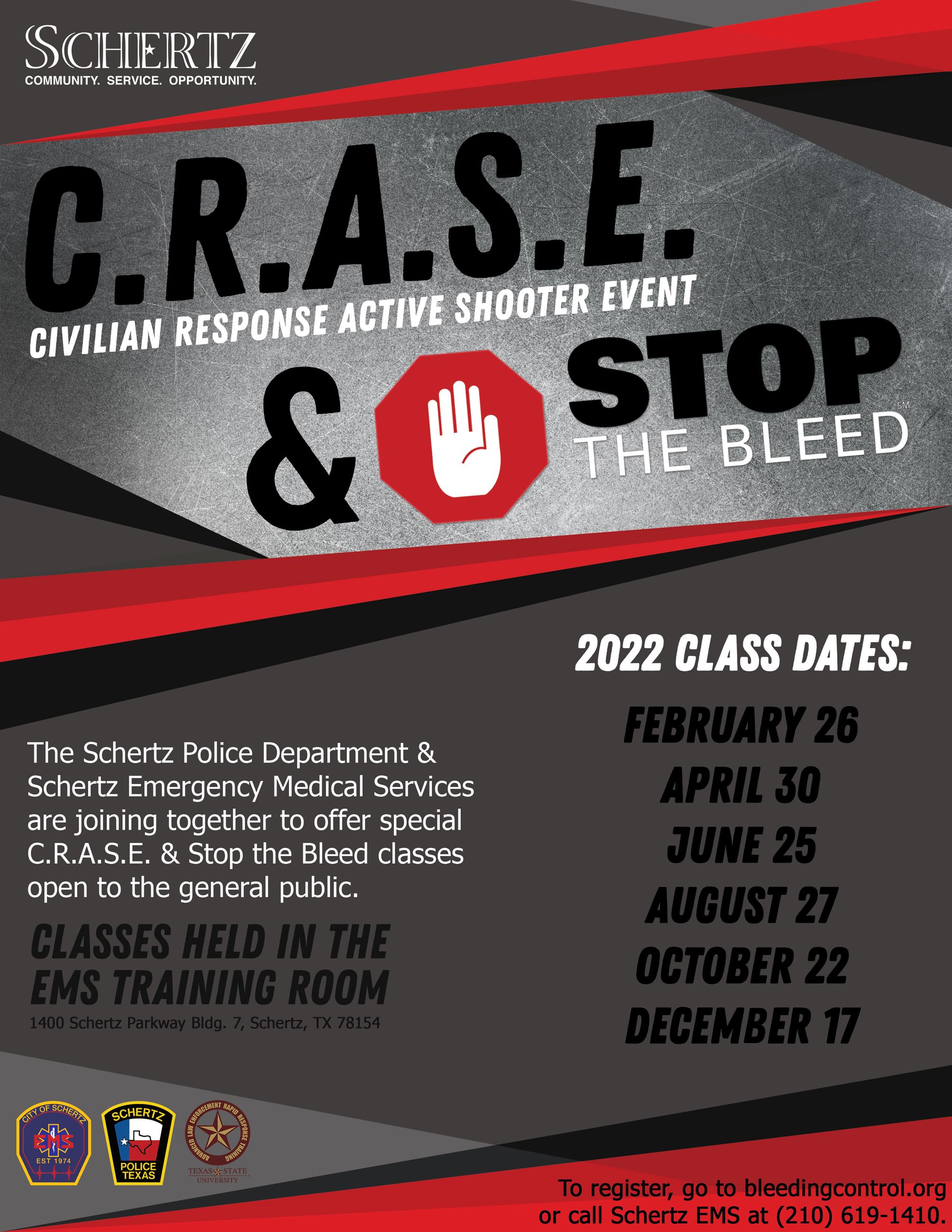