On November 12, City Council awarded a construction contract to D & S Concrete Contractors for the reconstruction of Schertz Parkway from Maske Road to Woodland Oaks Drive. D & S Concrete Contractors plans to begin Phase I of the project on April 7, 2020 by reconstructing the east side of Schertz Parkway. The existing asphalt street section will be replaced with stronger, more durable concrete pavement. The median island on Woodland Oaks Drive will also be modified. The front of the median will be pulled back, out of the crosswalk area, and the width of the median will be decreased to allow for two lanes for cars approaching Schertz Parkway. The asphalt pathway on the east side of Schertz parkway will also be re-built. The new pathway section will be similar to the re-built roadway between Live Oak Road and Maske Road which was completed in March 2018. Traffic will be restricted to one lane in each direction during construction. The Woodland Oaks intersection will also need to be closed for a portion of the construction process. The complete reconstruction is estimated to take five months. 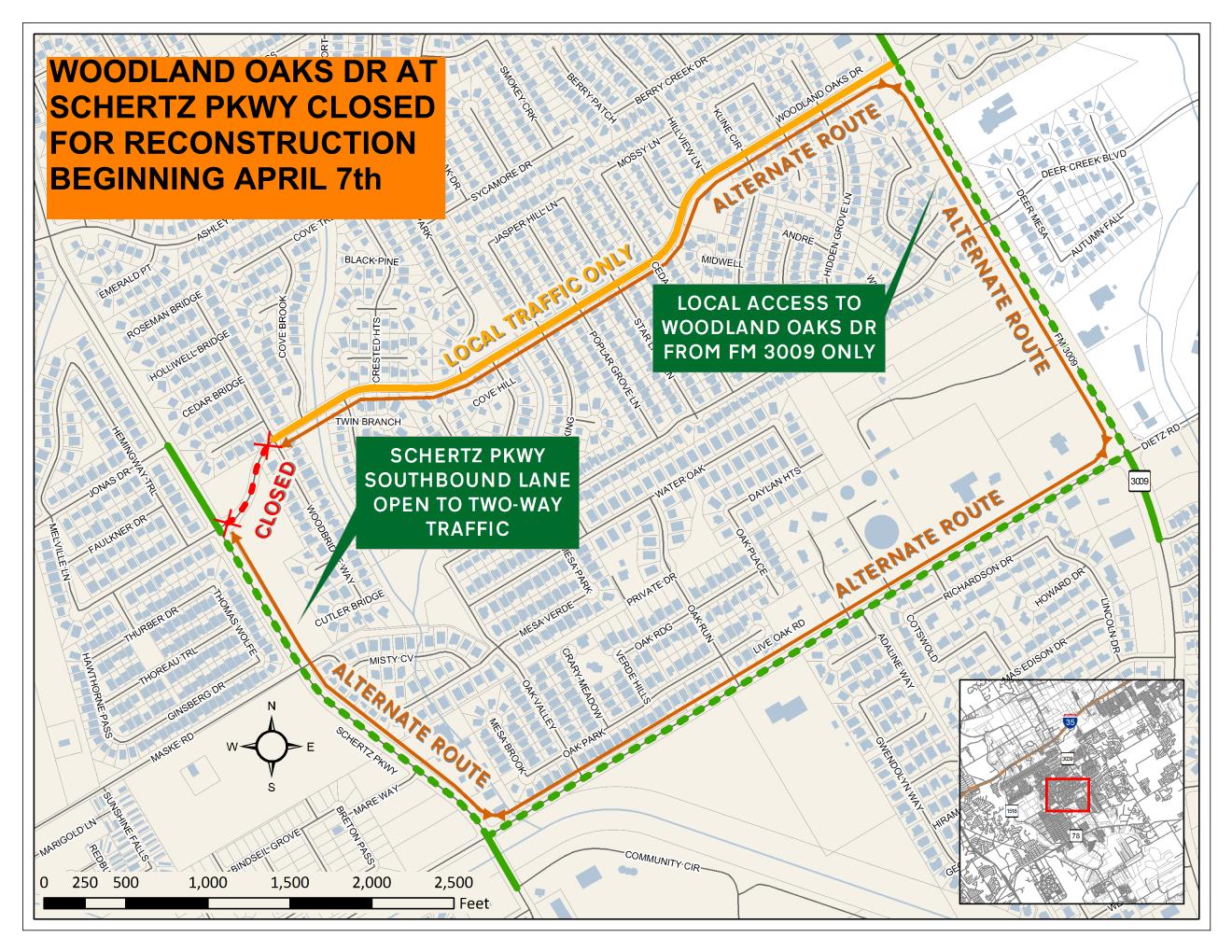