The Schertz Police Department strives to solve and conclude all criminal acts committed within the incorporated city limits of Schertz. However, there are many cases in which average citizens provide seemingly inconsequential information that proves to be significant.

For information regarding Texas' Most Wanted, please visit the Texas Department of Public Safety website. 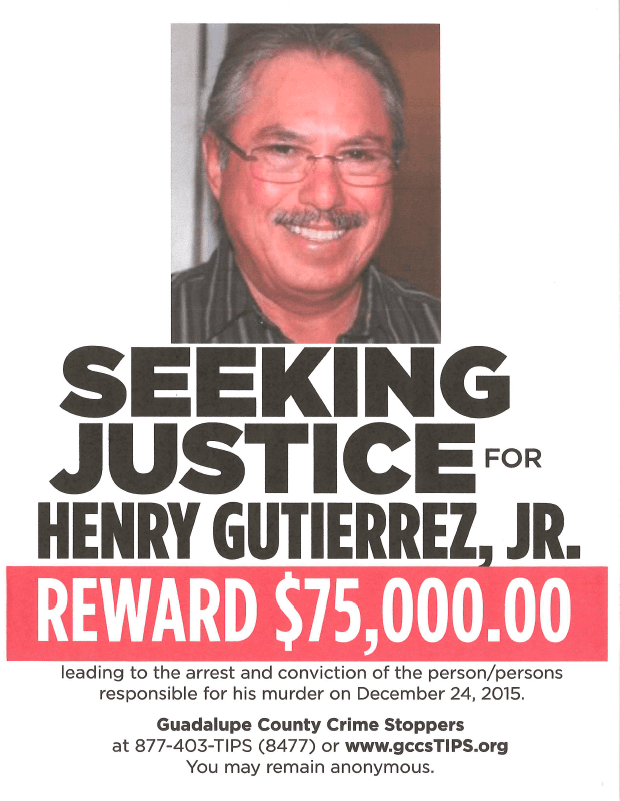 On December 24, 2015, Henry M. Gutierrez, Jr. was found murdered in his home in Schertz, TX.   Countless leads were investigated by the Schertz Police Department following the incident. The investigation continues as new leads are generated.

A cash reward is being offered for the information leading to the arrest of the person(s) involved in this crime. 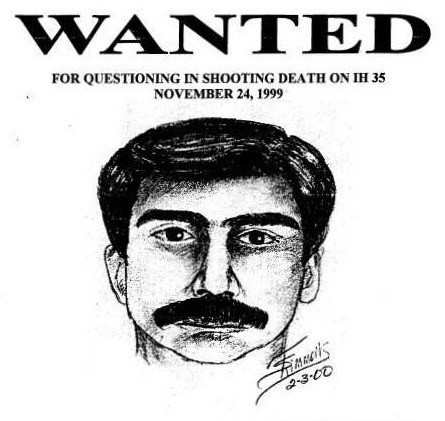 A male was observed as a passenger in a late model, Silver Ford Crown Victoria or Mercury Marquis involved in the shooting death of a driver on IH 35 in the City of Schertz.

On November 24, 1999 at approximately 11:45 a.m., a teal convertible driven by John Adkins of New Braunfels, was traveling south on IH 35 near the rest area in Schertz. The late model silver, Ford Crown Victoria or Mercury Marquis, occupied by two Hispanic males, pulled along side of Adkins and opened fire. Adkins was struck by the gunfire and fatally wounded.

Authorities have obtained this composite of the passenger in the suspect vehicle, and any one having information pertaining to this case should contact the Schertz Police Department or Crime Stoppers. Callers may remain anonymous.

Crime Stoppers has issued a $1,000 reward and Northeast Independent School District in San Anotonio has issued a $5,000 reward for information that leading to the arrest and Grand Jury Indictment of the person responsible for the death of John Adkins. 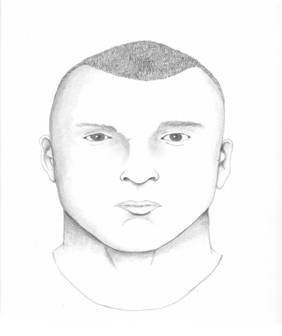 On May 22, 2003, at approximately 5:57 p.m., an unidentified male arrived at Rodeo Motors, 11239 IH 10 East, in a compact red four-door vehicle, walked into the office, and shot and killed the business owner, Sammy Pfannsteil. Our investigation has resulted in a composite sketch of the suspect. Crimestop is offering a $5,000 reward for information leading to the arrest and conviction of the individual(s) responsible. 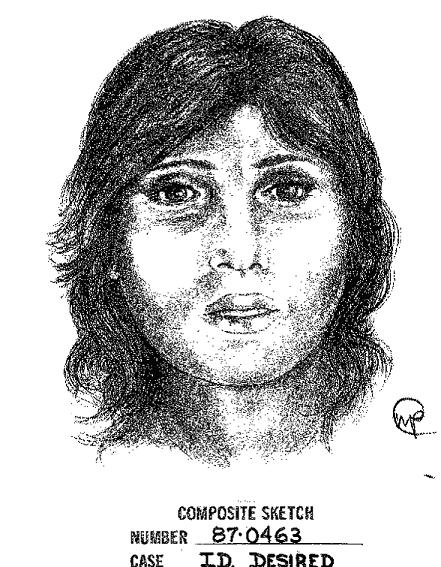 On April 4, 1987 the body of an unidentified female was found along the side of IH 35 in the area of FM 2252 ( Nacogdoches Road) in Schertz, Comal County, Texas. The remains were that of a white female in her 20s, approximately 5 feet and 4 inches tall, weighing about 130 pounds, with brown hair approximately 10 inches in length with brown eyes. The subject was wearing blue jeans and a blue and white short sleeved blouse. The apparent cause of death was give as an overdose on a designer drug (unknown type) from the era of the 1980s.

Anyone having information as to the possible identity of this individual is encouraged to contact Lieutenant Virgil Jones.